Single Review - No God Of Mine - Taynee Lord 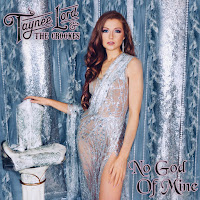 Taynee wrote No God of Mine when she suddenly realised all her failed past relationships shared the same zodiac sign & bad traits. Everybody knows someone who is arrogant enough to think they’re God’s gift. The song is inspired by a guy whose charm works wonders on many but when faced with someone who isn’t falling for his usual games, he isn’t too sure how to handle her.

An electric guitar and drum intro leads into Taynee’s distinctive voice which has been described as high octane country twang. When she reaches for the top notes, I picture those American series about vampires and voodoo. Not a sound you expect from a girl from Bristol. Her voice commands your attention, it has a tough edge to it, which gives an air of control and really suits this song. Taynees’s voice helps to give an image of this strong, in control woman who is done with taking nonsense from men.

I’m not a puppet, you can’t pull my strings…You ain’t no Zeus…if you let me loose I may never come back


The instrumental breaks, which are in fact more like clever musical interludes, fit well with the lyrics. 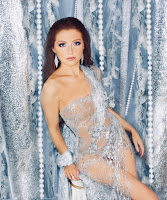 This is not a song full of self-pity, it’s upbeat, she knows this guy isn’t all that; she’s smarter than the other girls.

No God Of Mine, the new single from Taynee Lord is available to stream and download from 10 April

Taynee can be found on facebook, Instagram and checking your zodiac…
Posted by Silverball Leisure at 9:01 AM