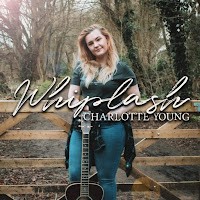 It is very tempting and very easy to compare young female country singer/songwriter’s to Taylor Swift, but then again she is an inspiration for many of the class of 2020, and epitomises modern country.  So do we compare Charlotte Young to her?  Well, yes, and no!  The style is there, but Charlotte has a husky edge to her voice.

With her debut single Whiplash, Charlotte has given us a slight teenage vibe but with that matured edge, similar to Taylor Swift in her “you do and you don’t, will and you won’t”  lyric, but again, moved on, into a whiskey haze!

Charlotte allows the instruments to stress the emotions rather than just her vocals, with the reach for higher notes coming in later in the track.  The song tells the story of how she met him – it’s a very visual song. It all happened at a whiplash speed, short choppy lyrics and changes in tempo emphasise this feeling. 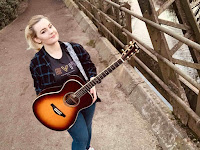 Whilst this is a debut single, Charlotte is certainly not new to performing, being a regular face on the Birmingham open mic scene, both singing and hosting as well as gigging around the Midlands, honing and perfecting her craft.

There is one more comparison with Taylor Swift – Charlotte has achieved a country chart number 1!

Whiplash, the debut single from Charlotte Young is available on all major digital platforms to stream and download

Posted by Silverball Leisure at 12:50 PM