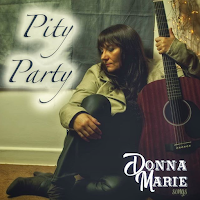 If you haven’t met Donna Marie before she’s the multi-instrumentalist in a Country Night In Nashville with a big guitar, bigger heart and even bigger voice. Donna Marie is a very talented singer/songwriter/producer in her own right, and is starting to get the individual recognition that she so richly deserves.


Speaking of getting what she deserves, her new single Pity Party is about someone realising their own worth.

Super intro, single notes with Donnas voice over the top. Gentle, mellow, the measured tempo as she recounts what life was like with a guy who was controlling. She realises what a fool she was just going along with it all. 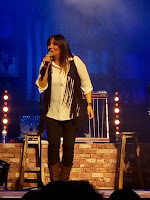 The tempo increases as our storyteller takes control of the situation and her life.


She feels pity for him, he didn’t expect she would find her courage and makes a stand. His “party”, way of life has coming to an end. Rather than anger or even sorrow, the song expresses regret, displaying a real maturity.  She recognises he didn’t intend to hurt her but didn’t know better.  The party is a metaphor for her life, the lights come on not only at the party but also in her mind, illuminating for her that this just isn’t right, awakening her inner lion, finding her courage

The instrumental break has a sense of motion to it, perhaps reflecting her own metaphorical move to becoming stronger.  Matt Wells on Dobro is a fabulous addition to this song, complementing Donna Marie’s warm and soothing voice

The song ends by repeating that she has found her courage and she can do what she wants underlined by the solo note fade out.

Pity Party, the latest single from Donna Marie is available to download and stream from 23 March. 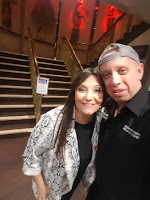 Posted by Silverball Leisure at 7:24 AM