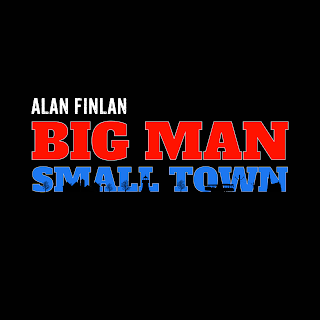 It’s that time of year when the big guy with a beard comes and gives us gifts.  No, not Santa, Alan Finlan, with his new single Big Man, Small Town.  Following on from his first single release Whisky Eyes, this track has a much grittier feel to it and takes Alan in a slightly different direction

From the guitar licks to open, to Alan’s vocal over the slightly heavy instrumentation the song appears to be auto-biographical – thinking about where your career and life is taking you and what steps you need to take.  Fresh back from Nashvillle where he got the approval of William Michael Morgan you can sense that this is probably on Alan’s mind!

Big Man, Small Town has that edge to the sound that feels like a live performance, easy to sing along to, especially with a drink in hand!


As we start to think about next year’s festivals, we start to picture artists on stage, and this is one song that is sure to sound great at any live gig, backed by a big rowdy band!

Big Man, Small Town, the new single from Alan Finlan Music is available to download and stream now from all major platforms.

Find Alan on Facebook and in a small town looking to leave…. 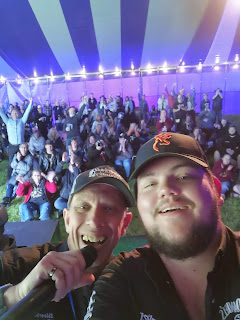 Posted by Silverball Leisure at 4:22 PM No comments: 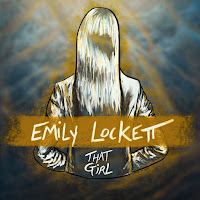 After a busy summer appearing on a range of line ups and wowing the crowds both inside and outside the inaugural British Country Music Festival Singer Songwriter Emily Lockett is back with a new single That Girl.

As a female performer of Pop Country, the comparisons with Taylor Swift are almost inevitable, but although there is a mid-Atlantic twang underlying Emily’s voice, she is no tribute act, although the inspiration is obviously there. 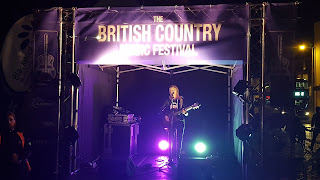 This comparison can lead us neatly into the message behind the song.   This is a coming of age song, Emily is stating what kind of girl she wants to be – and she wants to be herself. The message is delivered in a very confident way, the track has a very positive feel from the instrumental opening, reflected in the words and the delivery.  Emily is telling herself how she wants to be, essentially singing to herself in her reflection, reminding herself that

life is short and I don’t want to waste it

Considering her age, at a point in her life with her musical career growing, and moving on this song could probably not be timed better in a personal sense, and after such a high profile summer also well timed professionally 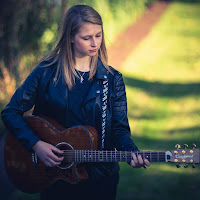 With pep talks and songs like this, it won’t be long before we are all hearing Emily when we are  “listening to the radio too loud”

That Girl, the new single from Emily Lockett is available to preorder now and download/stream from all major platforms on 13 December

Find Emily on facebook, online and in front of a mirror, reminding herself... 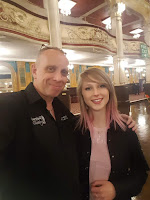 Posted by Silverball Leisure at 3:41 AM No comments: Liverpool based artiste Lauren Jane has released her latest single Wildfire. Much of Lauren’s work is based on real life – as good Country and Country influenced music should be!  Wildfire tells the tale of a relationship that has burned brightly but now burned out, but rather than sounding bitter, Lauren sings this as someone who is accepting the reality and is moving on.  Lauren possesses a beautiful voice with a bit of fight in there!

The song itself has a gentle introduction with the guitar plucking and then a stunning voice creates a very visual picture. Drums increase the intensity and you can hear the fight reflected in Lauren's voice. 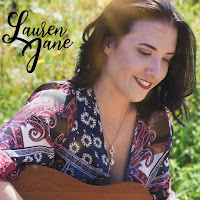 This is a beautifully produced song, the instrumentation and effects serve to highlight Lauren’s voice, the tempo accentuates the emotion and the words certainly tell us the reality of the story

Just like wildfire spreads, this song grows on you and you can't help but tap along to the beat.

Wildfire, the new single from Lauren Jane is available now to download from here and you can find Lauren on social media or her own website

Posted by Silverball Leisure at 9:43 AM No comments: