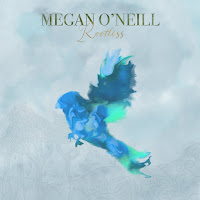 Having met Megan backstage at the recent British Country Music Festival, I can certainly testify that she has been incredibly busy over the past year or so, and has no intention of slowing the pace, so it is perhaps fitting that the first track of her new album is Rootless.

Opening with fabulous instrumentation, guitar and drum with a hint of a Celtic influence, the melody serves as a fitting backdrop for Megan’s distinctive and beautiful voice, which is the absolute focus of the track.

A song about belonging nowhere could be interpreted as a lament, a sad story but in fact Megan is singing more of the freedom to roam and to live the life she is destined for.  Written in London and recorded in Leeds, one has to wonder if it is semi-autobiographical- even if inadvertently- for the singer who has now returned to her native Ireland! 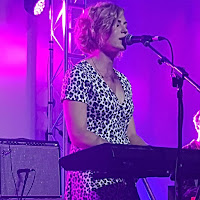 Megan has been touring extensively in the last year or so, both on her own tour and supporting Sir Tom Jones, and has an exciting new tour coming up, so the line “let the wind take me there” certainly seems apt. Megan is always on the go, but loves what she does – and this new track seems to reflect the rootless nature of her career whilst celebrating the sheer joy of being able to travel, perform and live a fulfilling life.

So not a lament -  an uplifting anthem to being a free spirit – so lets go!

Rootless, the new single from Megan O’Neill is available to stream and download from all major platforms from 25 October

Find Megan on facebook, online and on the wind…. 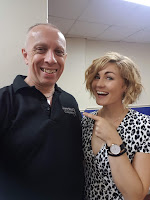 Posted by Silverball Leisure at 7:43 AM