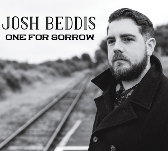 Josh released his first single 'At The End Of The Day' in May 2018, his new, and first, EP 'One For Sorrow' keeps his Americana style and words of wisdom; probably beyond his actual years.


Just 10 seconds of acoustic guitar before you hear Josh's voice, it contains a sorrow that matches the description of The Old House, and a hint of a classic country warble.


The female voice sings along to the chorus "With a little bit of love this house could be fixed " adding that silver lining that I love and makes great country music. Throughout the ep this style is continued – Americana/Country storytelling.


City Lights looks back and reflects on the difference between the city and the country; it's a “grass isn't always greener” song where we have to lose something to experience its worth. The harmonica brings a new sound to If I'm Dreaming; probably the most uplifting song of the EP even so, Josh's voice maintains that plaintive edge. She Sleeps Among the Bluebells & Pines as you guessed is the song about a lost love, but interestingly she cheated and the loss is really retribution.   Should we act so quickly?


Is there any better song than Amazing Grace? Josh has used a harmonised 20 seconds as his introduction to The River, a song encouraging us to seek redemption; a surprisingly catchy song, almost in a Gospel style, but with Josh’s own style.


This is a very grown up album, quiet and reflective.


Not one to get the party going but if you want to reflect on what you have, take a drink (something mellow and smoky suits the EP) you'll soon get lost in a train of thought triggered by the music and the stories. 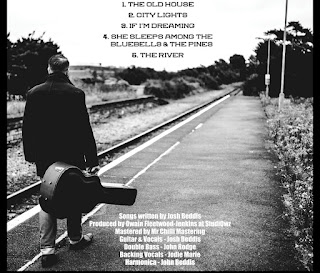 The new EP from Josh Beddis, One For Sorrow, is available to preorder from 25 October and is released on 30 October on all major platforms

Posted by Silverball Leisure at 6:05 AM