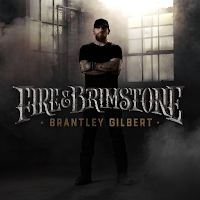 First announced back in March (2019) FIRE & BRIMSTONE has been eagerly awaited. It’s been three years since Brantley Gilbert released an album: THE DEVIL DON’T SLEEP, and ten years since his debut A MODERN DAY PRODIGAL SON; in those years, the life of the Georgia native has changed dramatically, becoming both a husband and father.

With six number 1 hits behind him Brantley is an established artist; confident in his relationship with both the music and his fans: the outsiders, outliers and zest-for-life livers, collectively known as the BG Nation. This has granted him confidence and a sense of freedom for this album, an album that Brantley claims has allowed him to grow up musically.

The album features a series of powerhouse collaborations with some of Country music’s finest artists such as Willie Nelson, Alison Krauss, Jamey Johnson, Lukas Nelson and Colt Ford. In fact, if you haven’t heard track 4 “What Happens In A Small Town” a duet with Lindsay Ell, where have we been?  The ballad about never being able to shakes the places or people that shape us has already received incredible feedback including a 2019 CMA nomination for Musical Event of the Year. 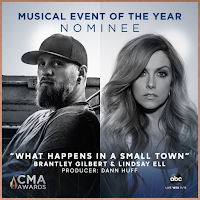 So, as expected the tracks have a rocking backbeat, with honest lyrics that are relatable. There’s a total jam session going on in Welcome To Hazeville, and you have to listen to the banjo in Fire’t Up.

The 15 tracks on the album take us on a journey, moving through life and love.

Fire’t Up starts this album full of energy, ready for a good night, tearing it up, that DGAF attitude is still there! It’s almost destiny that from that night out, living it up that we find that person we want to be with. Perhaps the tracks are a little out of order with She Ain’t Home higher than it should be, but it leads to a well love country favourite – the redemption song: Lost Soul’s Prayer, before we move into trying to win love: Laid Back Ride, how it can empower us and makes us want to be better: Man Of Steel and finally the admirations seen in a child’s love: Man That Hung The Moon.

The album reflects Brantley’s more sentimental side, the changes in his life and that family means a lot to him. There’s a hint of spiritism in the album as expected by the title but it is more about accepting who you are and not judging others.

Some might say it doesn’t live up to its name, but I doubt the BG Nation will be disappointed, the album doesn’t betray Brantley’s style but shows a more mature and vulnerable side to him. It highlights a range of musical influences and therefore should appeal to both rock and hip-hop fans. Personally, I loved it!

2. “Not Like Us” (Written by Brantley Gilbert, Rhett Akins, Brock Berryhill, Amy Wadge)

15. “Man That Hung The Moon” (Written by Brantley Gilbert)

The 2020 Fire’t Up tour starts in January in Ontario Canada, but unfortunately there are no UK dates.

Posted by Silverball Leisure at 6:56 AM