Gig Review - Buckle and Boots Present It's Your Round - Birmingham 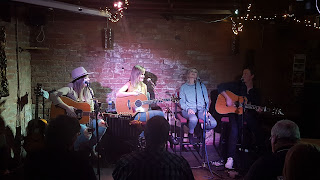 Buckle and Boots are bringing a songwriters round to town, and bringing with them two international artists – Sophie Hanson from Sweden and Amber Kamminga from Holland.

I was able to grab a few minutes with these two ladies ahead of the show to find out a little more. Hailing from two countries with not much in the way of a country scene, both said that they were looking forward to performing for UK audiences who are renowned for listening to the songs, apparently unlike Swedish and Dutch crowds!

With such a small scene at home, both Sophie and Amber are also looking forward to meeting new people and making contacts among UK country artists.  For any performer and songwriter it is important to have a network to talk to and bounce ideas off.  As Sophie said

There was an awkward moment when Amber reminded Sophie that she is in fact a lawyer when not writing and performing music!

We want to try and get artists that people haven't seen, giving them a platform in the UK which will then give UK artists a platform in Europe! You always need to have a contact, so artist to artist is a great way to promote Country Music


So who are Sophie and Amber?

Dutch singer/songwriter Amber Kamminga didn’t grow up with Country music – or even with music at all.  As her parents have never really been into music, Amber gained her musical education from her sister, and then came to Country via Avril Lavigne and from there more and more into Country!  The Netherlands doesn’t have much of a country scene, although it is growing and even had a C2C concert last year. Amber felt like she “came out of the closet” at the age of 19 and realised that Taylor Swift was a girl of her age writing about what happened in her life – and so it wasn’t such an unusual thing to do! 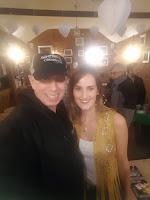 Hailing from just outside Stockholm Sophie Hanson had a slightly more traditional route into Country Music, as her parents did listen to music, and notably artists such as Johnny Cash and Dolly Parton.  Discovering Led Zeppelin and Aretha Franklin, Sophie cites a number of influences in her music, although she says that the Swedish Country scene is 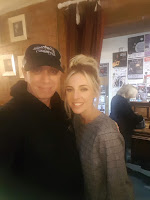 So, to the performances.  Both of the ladies were nervous of a songwriters round – as they are usually playing with a big band – but songwriter Amber and self-professed rock chick Sophie were both looking forward to it

There was no need for any nerves!

Ably hosted by the very experienced Sally Rea Morris of Gasoline and Matches, the round followed a short intro set from Gary Quinn who has put the tour together with Karl Hancock. 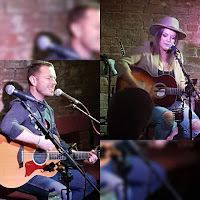 Amber Kamminga quickly settled into the style of story telling and demonstrated not only her song writing skills, but her humour, honesty and emotions. Encouraging an audience sing along to her newest single “In The Name of Love” she was very honest in the way she talks to the audience and equally honest in her songs. 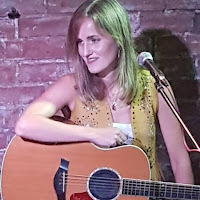 Sophie Hanson was accompanied by her partner Richard on guitar and backing vocals – and the two of them blended to perfection.  Singing six songs across the evening Sophie demonstrated an incredible versatility in her voice, matching her vocals to each song, with a very clear blues influence in some, rock and country in others 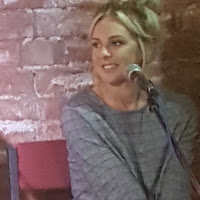 If you are thinking of going to either of the remaining dates – do!  With excellent local hosts (Raintown in Glasgow, Gary Quinn in Manchester) these evenings will be entertaining and a chance to welcome both Amber and Sophie into our UK Country Music family! 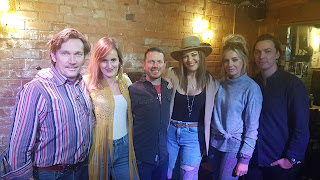 Posted by Silverball Leisure at 9:20 AM