Single Review - The Other Side - Lauren Jane 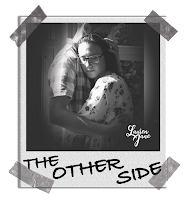 The British Country Music Festival in Blackpool was as much an opportunity for networking as listening to the acts on stage!  During the weekend I met a few artistes who either weren’t performing, or whose sets I wasn’t able to see.  One of these was Liverpool’s Lauren Jane who is set to release her second single The Other Side.

Telling the story of a love that has not exactly worked out, Lauren’s powerful vocal combines with some clever instrumentation to tell her tale.  Opening softly (with some lovely pedal steel) the beginning of the song is like the beginning of a relationship, with all those lovey dovey clichés, whispered in ears… but in comes the powerful vocal and out goes the romance.

The words convey great imagery, to the point that you don’t just hear this song, you see it, you see him “on the other side of the bed”, you see the gap between them driven by the existence of “someone else taking up your mind”

Our storyteller doesn’t sound angry, but hurt and annoyed - it is quite a plaintive lament.  She fell, she tried, she gave him a chance…but as so often in life, she just wasn’t enough for him.

There is an element of sadness in the moving on, and this is beautifully reflected in the ending of the song, as all that power and angst trails back to a soft instrumental sigh of a finish

From the way Lauren sings this, she will be once bitten twice shy, and I wouldn’t recommend being the one to hurt her again.

The Other Side, the follow up single to If I Was Whiskey, will be available to download and stream from 4 October, preorder your copy on 27 September


Find Lauren Jane on facebook, online,  and on the other side….. 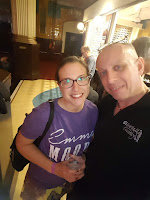 Posted by Silverball Leisure at 7:42 AM