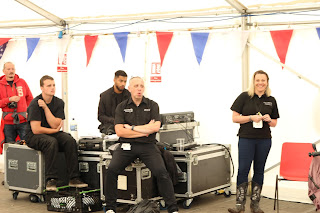 
Sunday morning dawned, and it was really starting to feel like the third day!  Whilst festivals are fun, we spend a lot of time on our feet!  It being Sunday, the first order of the day (after breakfast with Lockeland) was a lovely service in the Cathedral of the Isles for Francesca while Rik checked on the stage and sound checks, and then a tour of the cathedral from the Bishop.  Just like the Festival and indeed the town of Millport, the cathedral is small but fascinating! 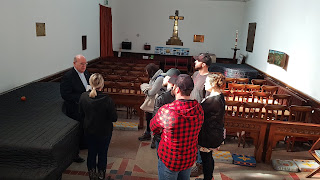 And so to the music.  Often the first act of a Sunday is a quiet affair, but not on Cactus Jacks!


Tommy introduced himself to us in the Green room as a solo artist – which was confusing us a little as he had a bassist and a drummer!  In fact Tommy has recently gone solo after playing in various bands, and this was his first solo performance with a band – if you see what we mean!  Rather than ease us gently into Sunday morning, Tommy hit us with his style of Country Rock and certainly got everyone’s attention 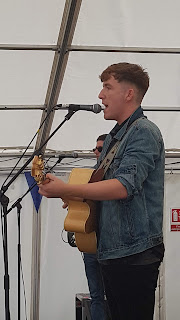 
Danny is another artist who doesn’t do subtle.  Nominated for three awards this year, and a previous winner, Danny brought his full band to Millport, and from his walk on music to his last note, Danny plays with extreme energy, and quickly gets the crowd singing, clapping and generally having a great time.  The whole band work full time in music – performance, production and tuition, and it shows in their whole performance.  Danny gave the first very sweaty hug of the day! 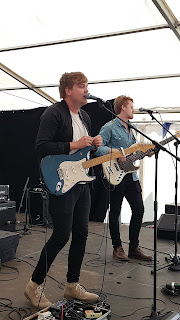 
What are you to make of it when you see that name on a line up?  Hailing from Edinburgh Cow Cow Boogie combined a little bit of everything into their music – Country, Rockabilly, Americana – and the mix really works!  Mixing old tracks with their own compositions the audience loved them – it took some effort to be able to get lead singer Nicole down to the merch table, as so many people wanted to stop her and congratulate her on behalf of the band 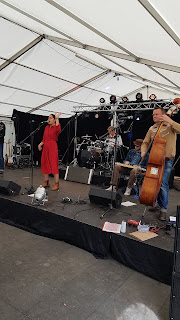 As with the previous two days, Cactus Jacks was building to a big finish


Stuart Landon and the Angels With Dirty Faces


Some bands are born to play live music – and this is one of those.  Shortly to embark on a European support tour, Stuart and his quite eclectic band absolutely owned the stage, again mixing covers with their own compositions, the new single and then ended with a rocking rendition of Sweet Home Alabama. Ending on a classic and long 70s standard guarantees you stage time, and guarantees the set ends with everyone smiling 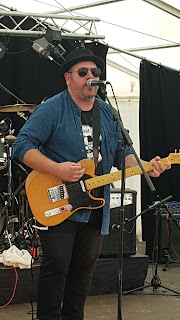 
We are very familiar with the Creeker boys – which meant they were a little nervous of what stories Francesca might include in their intro! A band that love to party and to bring the party, their walk on was a comedy sketch, aided and encouraged by Francesca  - although they don’t need much encouragement! Backwoods Creek have quite a body of work now, but the room was all waiting for “When I Grow Up”, surely the best UK Country song of last year and always beautifully performed by Jamie and the band, showing that they are more than just a party band. 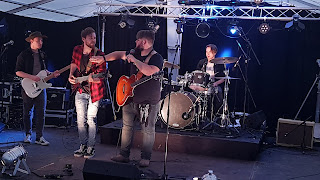 Backwoods Creek were the final headliners of Cactus Jacks, and the final Headliners of the Festival.  Of course, we couldn’t close Cactus Jacks without a Silverball Country Party!  No theme this time – just pure Country Party!  Rik took to the decks, and Francesca roamed the dancefloor flushing out anyone feeling a little too shy to dance!  With a team of line dancers taking us through the Git Up challenge, a vote on whether we accepted the apology in headliner Cam’s hit Diane and a singalong ending, the crowd just weren’t satisfied… 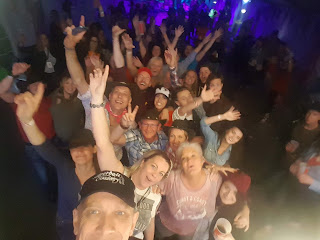 
How else to finish our first time DJing in Scotland than with Runrig’s Loch Lomond which brought together everyone who was still on site – staff, performers and of course festival goers.


Cactus Jacks – what a festival, what a party, what a blast!
Posted by Silverball Leisure at 1:53 PM