Sunday morning in Blackpool.  Most people were trying to remember – or forget – the night before. I was looking forward to the two things I need for a Sunday morning:

I got both!  Tim took to the main stage in the Empress ballroom in his new guise as The Fatherline, only his third gig with his new band (and Silverball Country have been at all three!).  As well as a fabulous voice and superb songwriting, Tim has an incredible, and hilarious, stage presence. Unfamiliar with being centre stage he is born to it and grows with every show. 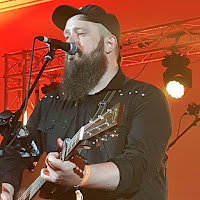 After his little taster session at the songwriter’s carousel the previous day, Jake Morrell showed off all his talents – and his powerhouse voice – while Tim decided to hang around on stage and play keys for Jake!  Jake has been busy touring with Megan O’Neill but this festival show will definitely have won him some more fans.

With it being Sunday and a long drive home was ahead of me, I wasn’t able to stay the whole of day 3 at the festival, but having checked the line up, I knew that I couldn’t miss a full band set from the wonderful Megan O’Neill – and take the chance for a reunion!  Before taking to the stage, Megan and I found time for a chat about what she has been up to and what she has coming up (its all very busy and quite impressive) and then it was showtime.  Megan has a beautiful voice to go along with her musical and song writing talent, and is clearly at the top of her game.  Her next single “Ireland” was performed with real emotion – and a definitely enhanced Irish lilt – and hints at a must have album which is due out in a few months time. 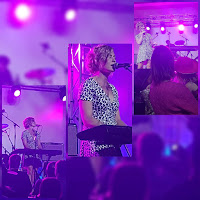 The M6 is a hard mistress, so my festival ended before the festival proper.  A long round of goodbyes and a chance to reflect on a new Country Music Festival. 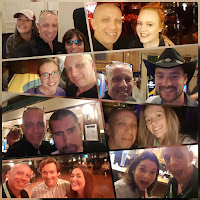 Some people have said that it would be crazy to try and have an all British line up, but The British Country Music Festival proved that to not only be incorrect but also what a great idea it is.  The setting is different to the norm, but allows for a festival later in the season (no weather worries) and for the weekend to be treated as a mini break with all that Blackpool has to offer.  Sure, there were some teething problems, but with other festival organisers on hand to offer support and advice and an organising team receptive to ideas there is no doubt that next year will be bigger and better – and a definite date in the Country Music diary…. 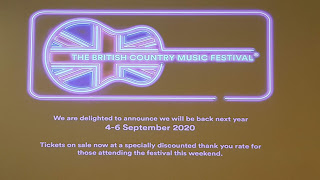 Posted by Silverball Leisure at 10:58 AM