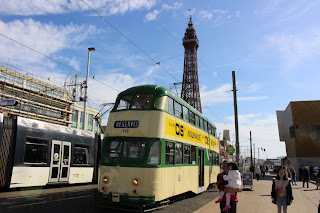 And so Day 2 dawned in Blackpool.  The music was due to start at 12, so a chance to stroll along the seafront and truly appreciate the magnificence of Blackpool!  While wandering around it was hard NOT to spot TBCMF wristbands, and Wetherspoons appeared to be doing a roaring trade in hangover breakfasts!

Tourist tat purchased, it was back to the arena to catch a new band The Outside Chancers. Made up of a group of talented and experienced musicians and with a couple of singles recently released The Outside Chancers took the opportunity to introduce their music to the early crowd and to get the day going.  Sadly the Dusk Brothers were unable to make the journey – or rather the Dusk Mobile was unable to – and so with a bit of rejigging of set times Recovering Satellites took to the Arena stage, a long way from their Somerset home! Although the Dusk Brothers were missed, the Recovering Satellites filled the gap with an extended performance of Country Rock. 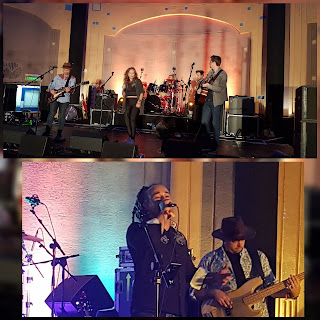 The changes to the running times gave me the opportunity to conduct the first interview of the weekend.  I had heard bits and pieces about relative newcomer Megan Louise, so we grabbed a chat in the green room ahead of her own set on the second arena stage.  After taking to her about many things including her busy summer of festivals I was excited and curious to hear her performance – especially as she told me that her first song was written when she was 9 years old.  When Megan took to the stage it was one of the highlights of the weekend – a very mature voice for a young lady just turned 17 with a nervy but confident stage presence, if that is not too much of a contradiction!  When I mentioned this to her Mum/cheerleader in chief she called it Megan “Scatty” – but very much in a loving way!  A mix of (very) original material and cover including Fleetwood Mac meant that Megan was one of the most talked about acts of the weekend – particularly among the festival teams watching her. 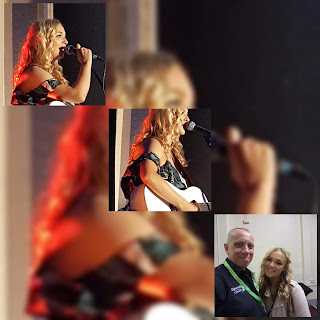 A little more sightseeing followed but I made sure I was back down the tower in time for the Songwriters Carousel.  Hosted by – but sadly not featuring the singing of – Tim Prottey-Jones the line up of The Luck, Jake Morrell and Twinnie meant that the rather intimate Gillows band was very full. Nice setting, but perhaps somewhere with more capacity next time!  The Carousel wasn’t quite a traditional round but did give the opportunity to preview artists who were performing again on other stages, and Jake Morrell was probably the stand-out of the three. 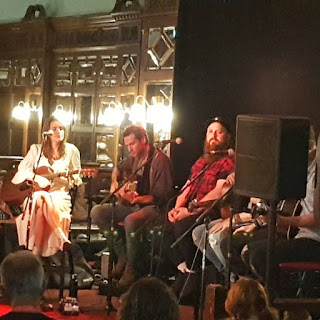 Nipping between stages can be tiring – but not so bad indoors!  Slight delays help as well, which meant I was able to catch The Blue Highways on the arena stage. We first met this Americana band with a brass section at Country In The Afternoon and will soon be reviewing their debut EP – but hearing these guys live is always a treat. They tear up the (non-existent) rule book to deliver a powerful live set. 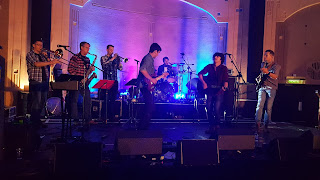 The Luck were stage hopping as they came from the songwriters round to appear on the second stage in the Arena, meanwhile Two Ways Home had taken the vacated Gillows bar stage to deliver an acoustic set.  I’ve seen this duo in so many different settings and every time they are a delight to listen to – and to hear their newest single “Speed of Anything” (reviewed on the blog) and some new music from their forthcoming and much anticipated album. 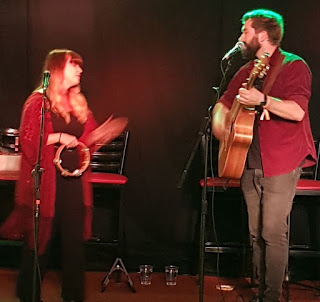 The final act for Saturday in the arena was another Country In The Afternoon and Millport performer Katee Kross with her band The Amberjax. As with other artists, Katee mixed it up with covers but in her case Elvis Presley and Buddy Holly delivered in her own style – clearly a great musical education by her parents! 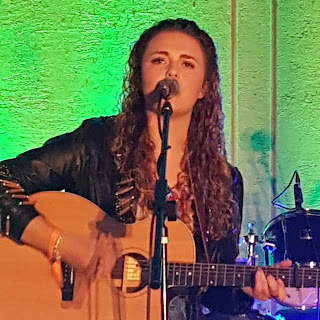 The Main stage was once again female dominated (the festival line up as a whole was over 60% female) with the very harmonic Adelaides giving way to Honey Ryder, a second set from Twinnie and then our main headline act. 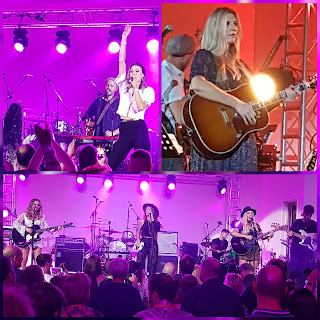 Ward Thomas are very much poster girls for UK country, playing with their full band, and then giving the boys a break to sit and really show off their own harmonies. There was plenty of singing along with their better known songs (I *may* have belted out “Guilty Flowers”) and despite the set finishing somewhat after midnight the sisters stayed and met every fan who queued up for a photo, a chat and an album signing 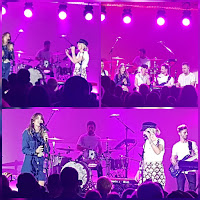 Posted by Silverball Leisure at 5:36 AM