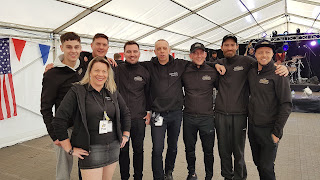 
The whole site was buzzing for the big headliner over on the main stage, but over at cactus Jacks we started as we meant to go on. The sun was promising to put in an appearance and the island was filling up. It felt like a day of two halves – to steal a football expression. Award winning and award nominated


Laura opened the day for us, her set including an interesting and very Country version of the 90s dance hit “Groove Is In The Heart”.  It was unusual to see Laura with a band but she kept the story telling style and catchy melodies she is known for.


Luke Thomas featured on lead guitar for Laura, not the last time we would see him on Cactus Jacks stage! 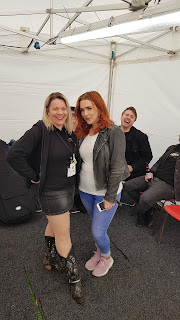 
Anton found time between touring Europe and touring America to come closer to home (Glasgow) to Millport, and his voice, his style is pure Americana. Joined by session musicians, he added guitar, bass guitar and drums to create a bigger sound. A real mix of Rock, blues and Americana. 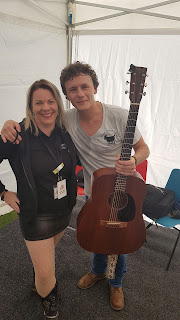 All music was suspended to allow all visitors to watch the grand parade down the main high street, past the festival site. Fancy dress costumes, American cars, vintage trucks, Harley Davidsons and dancers delighted the onlookers.


A rain shower at five to four filled the marquee, but the quite unique sound of Izzie with her band certainly kept them in.  Accompanied by banjo, stand up bass, drums and Johnny Fingers on Dobro, Izzie combines the traditional sounds of Country with her own vocal style, singing her own material and covers, but making them very much her own. 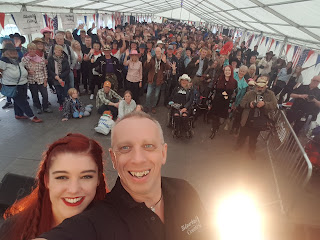 
The last of the afternoon bands were the interestingly named Have Mercy Las Vegas. They assembled the largest collection of instruments on stage out of the entire festival and as true professionals lined up perfectly. Francesca was worried about her positioning for the intro. They are a band with deep Scottish roots but deliver razor sharp Americana. They are also a close knit group and had been quiet recently, waiting on the arrival on a wee bairn. 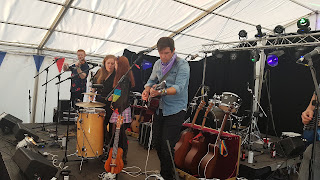 
Having headlined the stage on Friday night, and accompanied Gasoline & Matches on the Maverick Acoustic Stage, Sarah  returned to Cactus Jacks for a set that overlapped with Cam’s headline main stage set. Fighting a cold Sarah took to the stage with her band, and despite having some competition from across the festival still gathered a big crowd for another storming set. There seemed to be no lack of energy and as ever Sarah took the whole tent to a new level, clearly starting the evening’s party early. 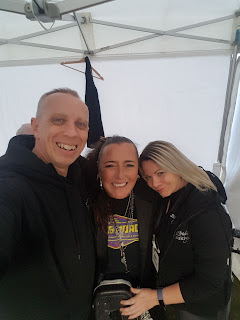 
Saturday evening was without doubt party night in Cactus Jacks, and next on the line up were the Scottish based and wittily named Eagles Tribute Band Hotel Caledonia. As Francesca said in her introduction, if you have never seen the Eagles live, here is your chance!  The tent was full from the back to the very edge of the stage, and everyone in there was singing along to absolute classics of Country/Rock crossover.


Our headline band had big shoes to fill, we asked them to make a big entrance- they rose to the challenge with ease! We had met The Scoundrels earlier in the day at sound check, and they impressed us with their friendliness and absolute professionalism. A Glasgow based function band they took the already excitable crowd to a whole new level with their blend of Country, Rock Classics, party favourites and Scottish standards. The crowd rightly called for an encore which the boys delivered. 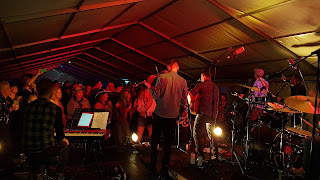 How on earth was the after party going to please this crowd? Silverball Country delivered a short set, set to Francesca’s theme of Country Drinking Songs that kept the dancefloor and the bar happy. 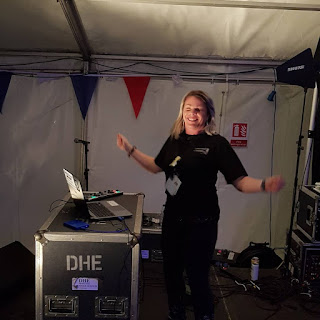 There may have been big names elsewhere at the festival, but in Cactus Jacks there was big crowds, big songs and big fun all evening!
Posted by Silverball Leisure at 2:10 PM