Music Video Review - When I See You - Danny McMahon 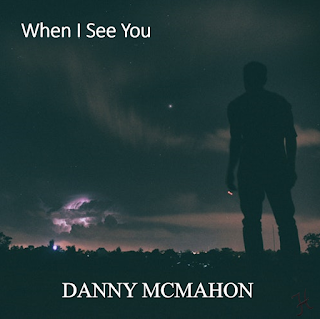 Danny McMahon, a rising star of UK Country music, has come of age.

“When I See You” shows a really developed, mature side to his music – even his distinctive singing voice sounds to have mellowed in this track.
Written by a friend as a tribute to his grandfather, Danny felt particularly honoured to be asked to sing this, as he explained at a recent gig when he performed it to an appreciative audience

Originally the single was released in October 2018 and hit #1 on the iTunes Country Chart, Danny has now had the opportunity to make a video to accompany it, which will be released on 26 April 2019, although a teaser is now available

The video itself is a combination of evocative performance shots cut with original home videos of Danny growing up, focusing on his relationship with his own grandfather and his extended family, but through very ordinary scenes captured at various occasions. It is the very “ordinariness” that adds to the emotion of the video – and on first watching I honestly had tears in my eyes and chills down my spine.

While this style of video storytelling is not unique, it works so well for this song and had been put together really well - surely it will be in the ward shortlists later this year, it will certainly be considered for a "Silver Ball"

Both the song and the video are not just a memorial, but a celebration of a life lived, of a life shared, a life that has impacted on others – and lives that must still be lived.

When the video is released later this month, have a Kleenex to hand, a drink to loved ones, and raise that glass to Harold Evans, 1927 - 2004

Posted by Silverball Leisure at 1:43 PM