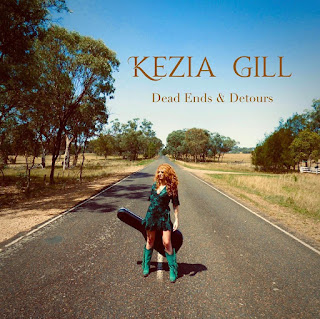 I was thrilled to have the very first listen to the new EP from Kezia Gill, having heard her singing live at a recent Nashville Sounds In The Round in Birmingham.

What was immediately striking to me was that whether live or in a studio recording Kezia sounds the same.  When I asked her about this, her reply was

“Because there’s no effects, no gimmicks...just me!”

And I think this aptly sums up everything about her music

Kezia is spoiling us by putting five and a half tracks on this release, and each one of them has the right to be there – no filler music to bump up the track count

Thirties was released as a single a few months ago, and is a lament about turning 30, but in a very up-tempo style and really highlights that Kezia is very much a storyteller in the time-honoured Country style.  Quite a few of my friends (an me) have turned a decade recently, or do so soon, and the feel of this song is very relatable, regardless of which decade you have actually turned! A real sing-a-long song that will have you joining in from the first listen.

Dead Ends and Detours changes the pace - slower and a little darker, heavier. The strident drum beat as a backing to Kezia’s powerful vocal underlines the whole song and as a whole the song demonstrates Kezia has a real range that you don’t hear from all singers

The piano intro to Girl Of Your Dreams takes us into a softer, melodic love song. The soaring vocal had me sitting back, eyes closed, so that I could really feel the emotion, and that emotion is pushed right into your soul with this one. For a Country singer, Kezia has one hell of a soulful voice! The song is a love song, about a love story, a perfect relationship, where love continues after the romance has burned out. It makes you want to be that guy, and to find that girl. So emotive, so beautiful, I had to take a break after listening. 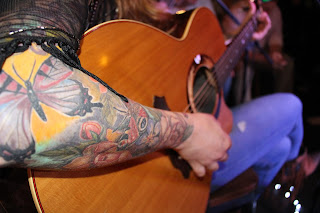 What Kind Of Woman takes us back to “Country”, back to the storytelling style. Written this time by Nashville based Robin Brown, it is a song that instantly conjures images of this woman, imagining her life, her struggles and in three and a half minutes of music you feel like you know her, how she feels, who she is. Hard working, hard done by, hard life, but still she struggles on.

Local Man’s Star is the track I was waiting for from the moment I first heard it live. A tribute to Kezia’s own father who was her inspiration to sing, as he was a singer in the local clubs  “a working class hero, a local singing star”. Emotive, evocative, heartfelt – there are almost not enough adjectives for the theme of the song, for the lyrics and for the performance. When Kezia played this live, the girl next to me felt compelled to immediately text her own father. The song is so evocative, in the style of an older Northern Folk Song, that when you listen to it you can see him, on stage at the local club, slash curtain backdrop raffle halfway through and a mirror ball for atmosphere as though you are watching a grainy cine film or old VHS recording.

The final track – half a track – Whisky Drinkin’ Woman is

That’s all I’ve been told!  But it is a short blast – blast being the operative word – of pure, unaccompanied Kezia Gill’s voice. Its short, but it is incredible.  Things to come?  I can’t wait….

Kezia Gill’s new EP “Dead Ends and Detours” is available from 26 April on all the usual platforms.  Kezia can be seen at Buckle and Boots on the Saturday afternoon, setting the main stage perfectly for an evening of music and drinking 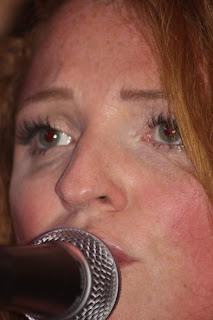 Posted by Silverball Leisure at 5:00 AM