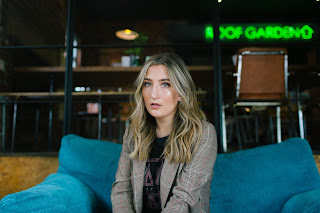 It seems very fitting to have been sent the new song from Jess Thristan this week, just as UK Country starts to embrace the #ImHere campaign.

The Old Me is a reflective song dealing with quite a difficult topic – how I used to be, how I am now and how I want to be.  The song opens with almost a heartbeat of drums and cleverly uses a blend of melancholic guitar, piano and steel to underscore the emotion, but builds the instrumentation to emphasise the positivity – and while the song is not quite uplifting pop country, it does have a positive undertone! 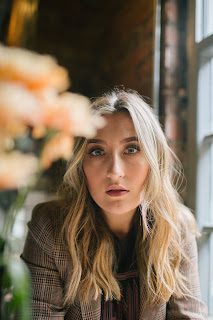 In her own words

“The Old Me highlights a time where I was a bit lost on my own journey and I was comparing myself to older versions of myself instead of moving forward and evolving, and that’s the story I wanted to tell with the lyrics of this song. I got the chance to work with some incredible musicians on this track which we recorded in the amazing Rocket Studios.”

Jess herself seems to fit into the new school of female country singers – think Maren, think Cam in terms of vocal performance.  As well as other live dates, Jess appeared at Buckle and Boots this year and had the onerous task of following one of the biggest Songwriter’s rounds - and she easily stepped up to the challenge!

You can find Jess on Facebook on Instagram
and reflecting on what is, what was and what will be…. 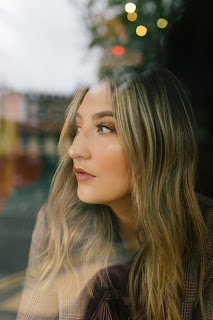 Posted by Silverball Leisure at 7:20 AM