We'll Build Our Own Nashville 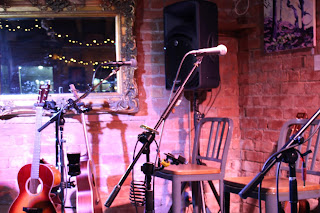 There was an article recently about Ariana Grande being the most streamed artiste in the UK.

When I was growing up and discovering music it was all abut cassettes, vinyl and the Top 40 on the radio.  The world has changed so much in the intervening years, but one constant is live music.

To develop true performers, real musicians. We need to have live gigs – and we need to attend them!

If you haven’t been to a small gig recently – what’s stopping you?
There is a regular “small gig” in the Birmingham Country music scene.  I say “small” but it is growing every time, with the latest evening being more than a sell out (don’t tell Health and Safety!)

“Nashville Sounds in The Round” is more than just a Songwriter’s round, it is a chance for Birmingham music fans to see acts they may not otherwise get a chance t see, and to show those artistes that there is a thriving country scene in the Midlands – and we welcome visitors!  A collaboration between music site Your Life In A Song and local band Gasoline and Matches the even has been going now for over a year already and has attracted a stellar array of country artistes from all over the UK – and even from Nashville 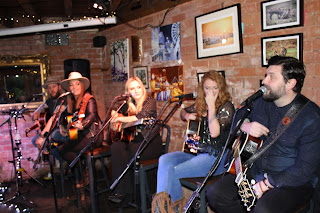 Not only the chance to see “new” artistes, but to hear them in a different setting – up close and personal, stripped right back, when you maybe have only seen them rocking out a stage at a festival or at a big venue.  Taking it in turns to sing their songs ad tell their stories you can see from their faces how much this means to the talented singer/songwriters

February saw Gasoline & Matches play host to Simon James who I have met a few times before, Kezia Gill who I met and heard for the first time at the recent BCMA awards and new to me Katy Hurt from London via large parts of the USA
All of the line up have slightly differing styles which complemented well, and the reactions between them all, the spontaneous collaborations and the teasing is a joy to witness! 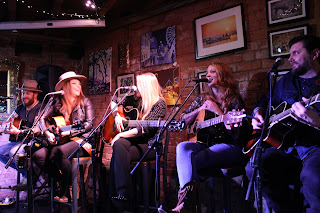 I personally always leave these events enriched by the music and stories I have heard, and poorer from my visits to the Merch table!

Words alone can’t do justice to these musicians and their craft (but I’ll give it a go) – so check your local listings, head out and catch some great, live music 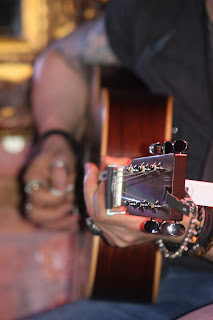 Posted by Silverball Leisure at 5:57 AM