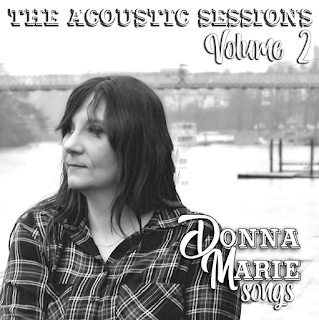 Donna Marie has a new release out this week. Titled “The Acoustic Sessions” it is exactly as described – an EP of Donna’s fabulous voice accompanied – mostly – by just an acoustic guitar.  The stripped back acoustics of this EP allow you to sit back and reflect on the words.

Donna Marie has a very warm and soothing voice, and these tracks are produced perfectly to highlight her vocals over the backing instrumentation.  Donna Marie is also a very talented writer, writing songs that you want to listen to, with themes that everyone can understand and relate to.  You don’t just listen to her songs, you feel them.

First track on the EP – Run, is apparently about running to a lover, but on a second listen it feels like a metaphor for life – running through life, climbing hills until you achieve…whatever you are personally running to.

The second track is a song written 13 years ago and is an apology to a young nephew for not having time to spend with him, and losing sight of what is important in life.  I’m sure that all these years later he understands and forgives Donna Today and every day.  Just Words is a great reminder for us all!

Track 3 – On The Road was Donna’s last single which we reviewed and loved.  This is a chance to hear an acoustic version of a much-streamed song

Pity Party will be the next single, and we are fortunate to hear an acoustic preview of the full mix for future release. Again, a reflective song, but without need for apology this time!

The EP is rounded off with another re-worked track – Broken Love was originally released in 2015, and as with all the tracks it really benefits from being stripped back to become almost an entirely new song 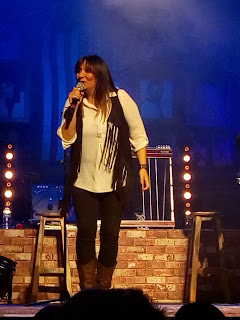 Donna Marie will be performing an acoustic set on The Maverick Magazine stage at Millport Country Festival – and if this EP is any indication of what we will be hearing it will be an unmissable performance.

We will be there front and centre, appreciating her voice and reflecting on her words

Posted by Silverball Leisure at 8:52 AM